Big Head Todd and The Monsters have quietly become an American institution following three and a half decades of writing, recording, and touring (totaling over 3,500 performances). After countless sold out shows in amphitheaters and on the high seas, beaming their tunes to outer space (literally),earning the endorsement of everyone from Robert Plant to The Denver Broncos, and tallying tens of millions of streams, Big Head Todd and The Monsters cite the friendships formed in the crowd among their proudest accomplishments. Fast forward to 2021 and the Colorado quartet—Todd Park Mohr [vocals, guitar, keys, sax, harmonica], Brian Nevin [drums, percussion], Rob Squires [bass, vocals], and Jeremy Lawton [guitar, keys, vocals, steel guitar]—continue to unite audiences.

“Friendships have spawned because of our band,” smiles Todd.  “Maybe a bit like the Grateful Dead, the line between audience and stage has over time become a bit blurred and many lifelong friendships have been made in every direction.  I’m very proud of that.  Bringing people together and sharing a joy for a couple of hours is an important function of music.  Music can cultivate community, even harmony.  We need that!”

Fittingly, the guys in the band began as friends as well. Todd and Brian first crossed paths in high school jazz band circa 1982. Soon, the guys started to jam in Brian’s basement also joined by Rob. Sweat-soaked house party gigs and talent shows followed until they became a fixture on the bar circuit “before I was even old enough to drink,” laughs Todd. As perennial outliers, the musicians performed original material at these formative gigs, standing out from a bevy of cover bands in the scene at the time.

Adopting the moniker Big Head Todd & The Monsters, they served up their independent debut Another Mayberry in 1989 and Midnight Radio in 1990 to critical acclaim, setting the stage for their seminal 1993 breakout Sister Sweetly. Powered by staples “Broken Hearted Savior,” “It’s Alright,” and “Bittersweet,” it eventually went platinum, and they supported Plant on tour. At the time, Variety hailed Todd as “a soulful singer and nimble lead guitarist,” while The Los Angeles Times claimed, “Mohr, who has a voice like smoke, writes great songs that incorporates blues, folk, rock and country, which sounds sort of like, well, Big Head Todd and the Monsters.”

Throughout the next decade, the group presented fan favorites such as Strategem [1994] and Beautiful World [1997]. The latter yielded the cover of “Boom Boom” [feat. John Lee Hooker], which famously served as the theme to NCIS: New Orleans. In 2005, they exceeded our atmosphere altogether. Friends with connections to NASA encouraged Todd to write a song for NASA, so they ignited 2005’s “Blue Sky.” In 2011, Big Head Todd and The Monsters played “Blue Sky” live from the middle of Mission Control to awaken the astronauts aboard the shuttle. 2017 saw them release New World Arisin’ to fan adoration and critical acclaim. Glide Magazine claimed, “such tracks, like most of this music, radiate a sense of optimism and purpose ever so welcome in these fragmented times.”

Along the way, the band joined the Denver Broncos on their Super Bowl victory parade, delivering a triumphant performance to boot. Not to mention, they’ve headlined their own cruise multiple times and introduced Rockin’ the Reef as a five-night musical extravaganza in Jewel Paradise Cove in Runaway Bay Jamaica for 2022.

Big Head Todd and The Monsters took the stage at hallowed hometown haunt Red Rocks Amphitheatre a staggering 32 times. In June 2021, they made a rapturous homecoming to Red Rocks for their first full capacity gig at the venue post-COVID. Chronicling the gig, 303 Magazine described the group as “a longtime pal that has defined Colorado’s blues-rock scene for multiple decades.”

“The Red Rocks performances have all been special to me,” Todd goes on. “Growing up in Colorado, I always loved going to shows there as a teenager. I’m super proud of that. The COVID year was really unique, because we played there four times before finally getting back in front of a packed house. It meant a lot to all of us.”

“For a half-Asian kid growing up in Littleton, Colorado, it’s not likely I would’ve ever ended up being as involved in blues music as I have been,” he observes. “It’s unbelievable we’ve gotten to play and even record with some of my idols.”

In the end, Big Head Todd and The Monsters will never stop bringing crowds together. In fact, they’ll hit the road yet again for a full-scale US tour in winter 2022 with more on the horizon.

“If I had any message for our listeners, it would just be, ‘Thank you’,” he leaves off. “We’re so fortunate to have lives making music. We’re grateful to be in the situation we’re in, and we’re going to continue as long as we can.” 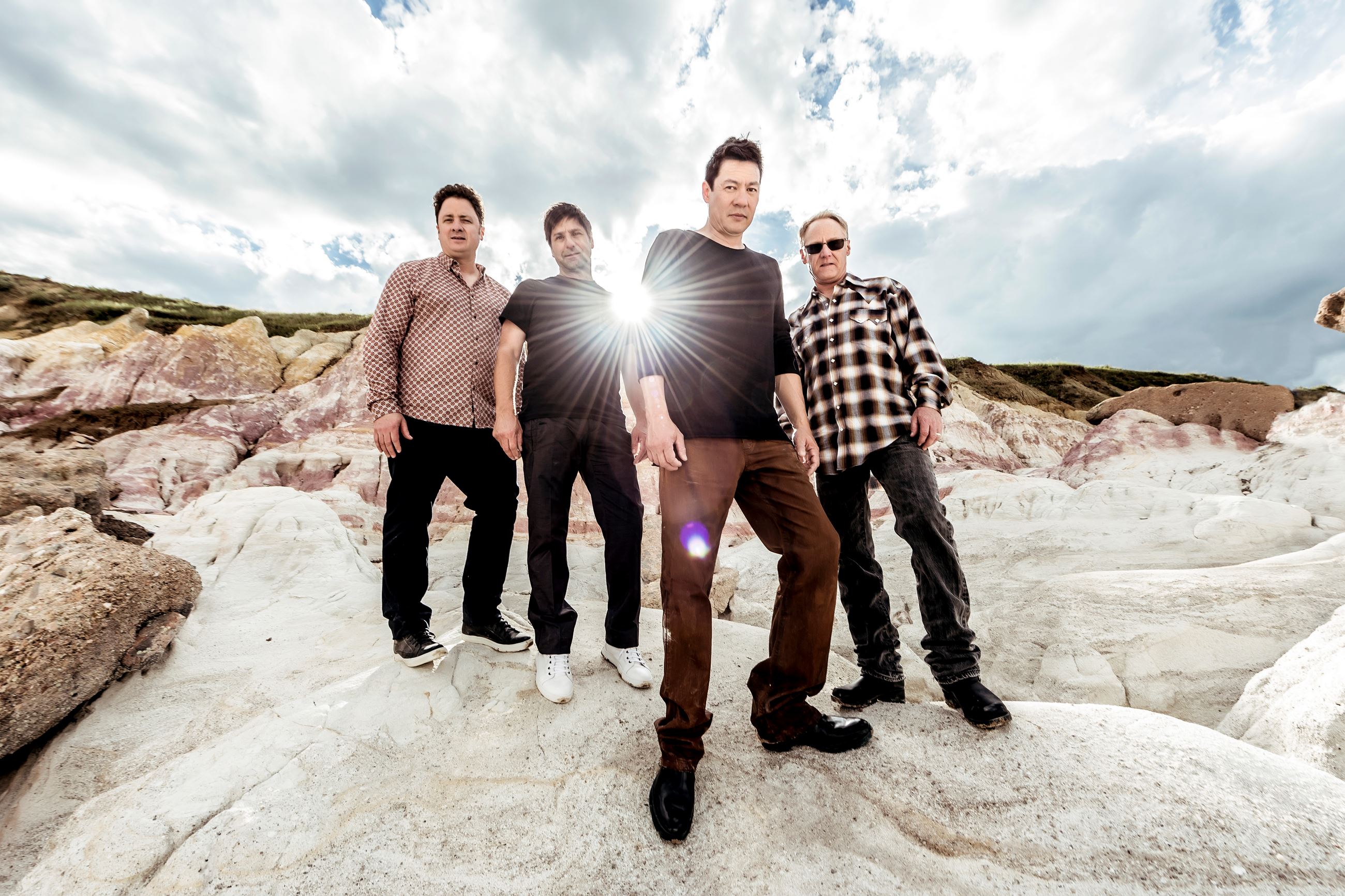