By Susan Blake, Historic Preservation Board 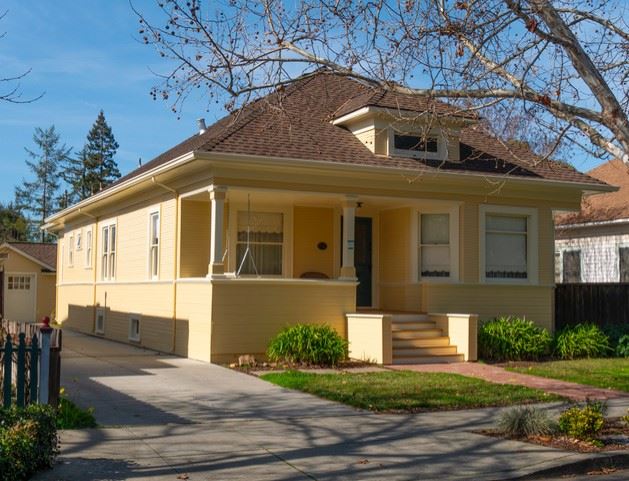 February’s landmark home is the Lucy C. Bull House at 81 North First Street. Built between 1900 and 1907, it is another fine example of the Colonial Revival Cottage style that was very popular at the beginning of the 20th Century. Houses seen up and down First Street share many of the same style characteristics and were built in the same era.

The house is single story with a combination of narrow, horizontal, clapboard and shiplap wood siding. The hip roof and has a central gable window overhanging the porch. The unusually wide eaves are unbracketed. Square columns support the wide wooden front porch. The original front door features a twist to ring doorbell and new beveled glass panes above, with central mail slot and decorations below. Windows are double hung with a unique large corner window on the north edge. It has a full but unfinished basement.

Mrs. Lucy (Cooper) Bull, sister to Samuel F. Cooper and Dr. Charles N. Cooper arrived in Campbell from Illinois in the late 1890’s. The 1910 Census shows that she was head of the house, single, lived alone and her occupation was listed as Housekeeper. 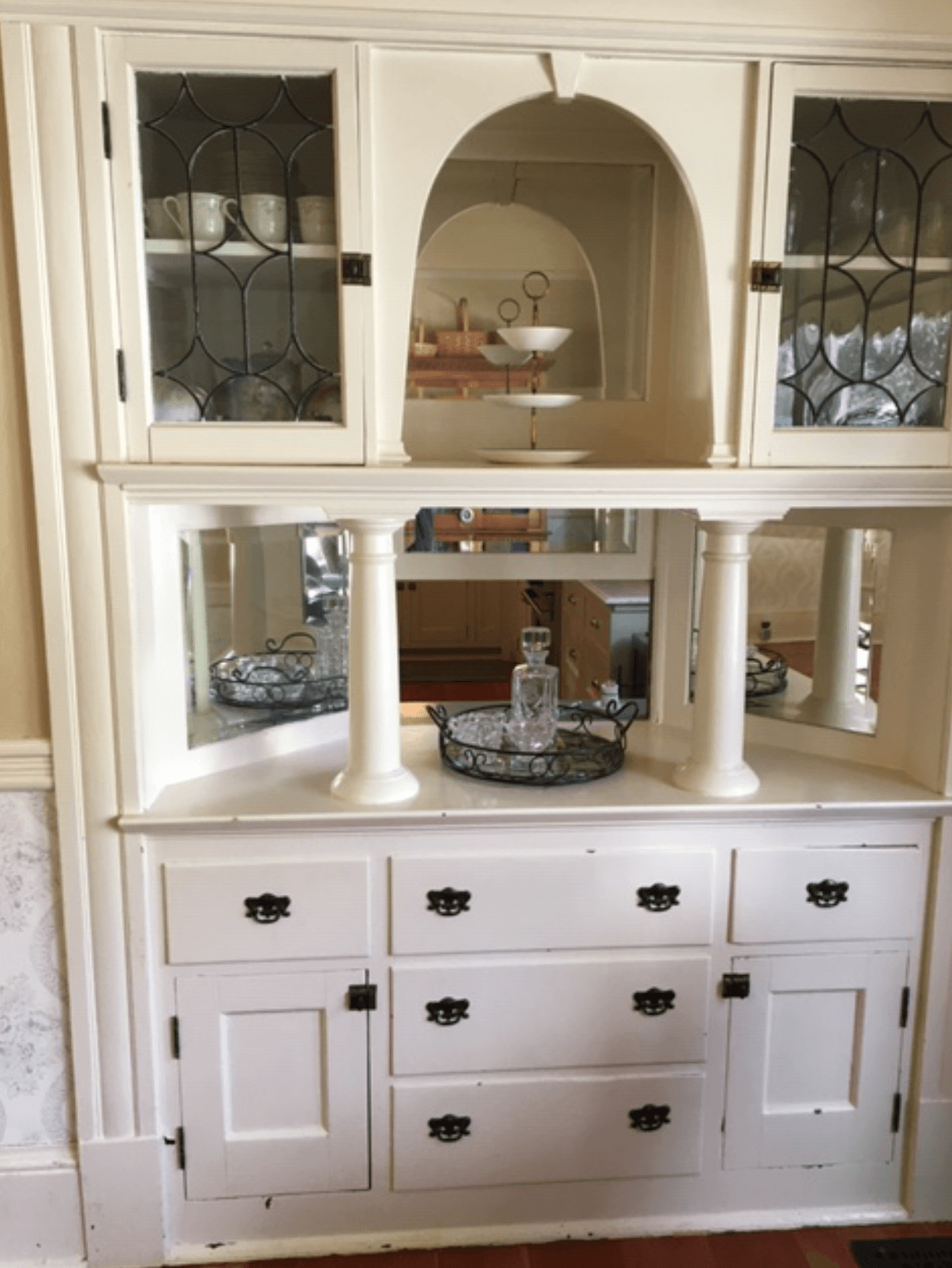 Lucy’s brother, Samuel Cooper was known locally as Colonel Cooper, after serving in the Iowa Cavalry and rising to the rank of Lieutenant Colonel. He was also a teacher and had a law practice. After arriving in Campbell at the invitation of his brother Charles, the Colonel was instrumental in the creation of the First Bank of Campbell, in 1895. The little red brick First Bank of Campbell building still stands on the north-east corner of Campbell and Central Avenues.

In 1919, our former Mayor Barbara Conant’s grandparents Benjamin Austin and Susan Bickler Austin bought the house and raised three daughters: Margaret (Barbara Conant’s mom), Marion and Myrrl. Mayor Conant shared her fond memories of large family gatherings, sliding down the cellar door to the basement and how her grandmother making donuts in the kitchen on a wood stove every Saturday. She recalls her grandmother made noodles on a long, wooden kitchen table each year on Good Friday. She would make huge balls of dough, roll them out flat on the table and after they sat for a while she would hand cut them into long, thin strands. Many weddings and birthdays were celebrated in the back yard.

Current owners bought the home in 1992, and sought Landmark status which was granted in 2003. They have done extensive restoration and renovation, enlarging the kitchen and adding a master bath and bedroom to the back of the house, while raising their three children. The large original dining room features a pass-through butler’s pantry (see photo) which is still accessible to the kitchen.

During the renovation, the owners discovered a couple of treasures. One was an old, long wooden kitchen table, lef

t in the basement. They restored it and made it part of their open kitchen. Another item they found was stuck between two studs, and apparently forgotten by a worker during construction in the 1920’s. It is a can of ‘Nokorode Soldering Paste’ (see photo) that still has its moveable applicator propped in the center of the lid. Additionally, when they built their detached garage in the back, they found the foundation of an old fish pond with rocks around the rim.

Want to learn more about Campbell’s Historic Structures? There’s a free app for that. Search for: Historic Campbell, available for both Android and Apple.